This game is in alpha phase. Play early!

Here is a video in wich I tell the story of Shark Hunt with some gameplay in the background. 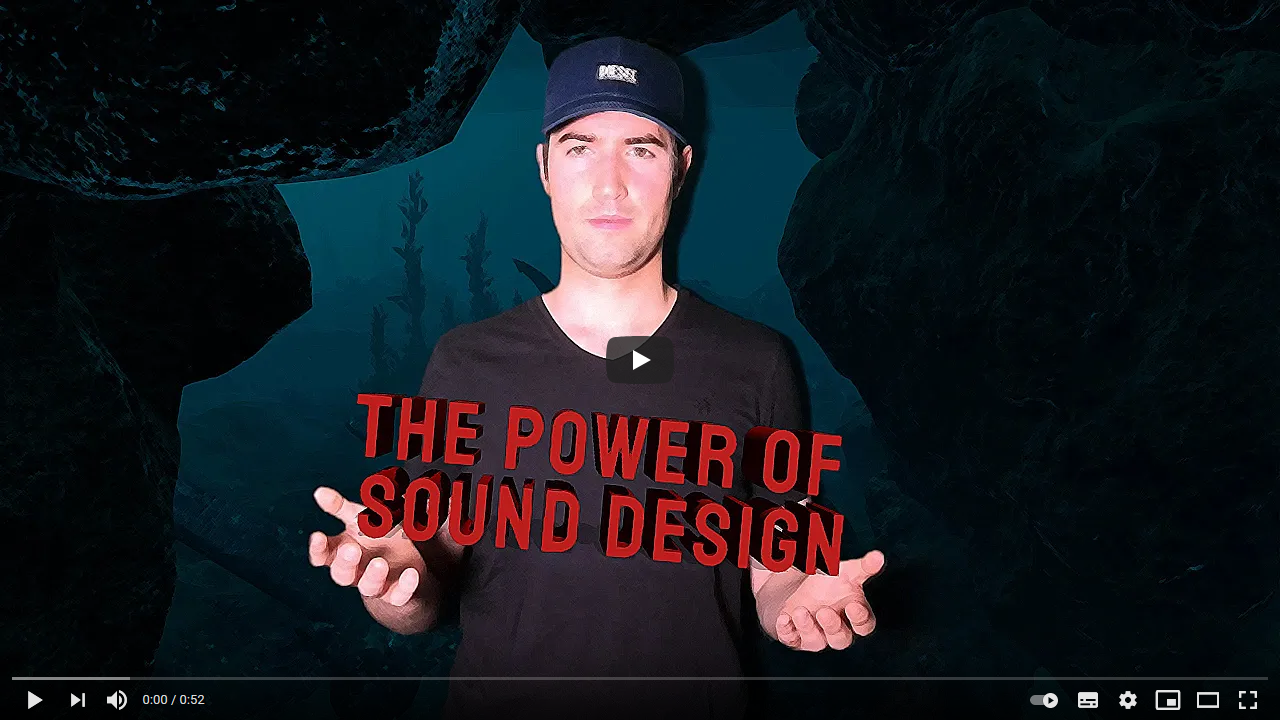 In Shark Hunt, You are a treasure hunter that is looking for the rarest submarine pearls in the world to make a fortune.

But there is a rumor that there are dangerous sharks in the area. You better be discreet or you will risk your life in an epic fight. Who’s the best between the man and the beast?

Train in the swimming pool then dive into the mysterious ocean, discover more tools and more challenges across the levels.

Built with VR in mind

Enjoy the breathtaking undersea environment in VR. We have built an realistic swimming system (and also a comfy one).

Seek well, grab the shells and really open them with you knife to get their precious pearl!

Fight sharks using knife and harpoon. The harpoon is good at distance but slow (depends on how fast you are able to reload :p). The knife is good at close range, impale for more damage!

You couldn’t imagine what it’s like to have a great white shark coming at you. Now you can live it.

On ground, you have the choice between two movement modes : Teleportation or Smooth movement. -Standard movement: - Left analog to move - Right analog to snap turn (the angle can be modified in gameplay settings)

Underwater, you have two movements at your disposal.

Will be available for PC VR (Oculus, Vive, Valve Index, WMR) but should be compatible with all Steam VR headsets.

The game is currently in Alpha phase. Sign up to participate: test for free and give feedback.

» Join the Discord for latest news 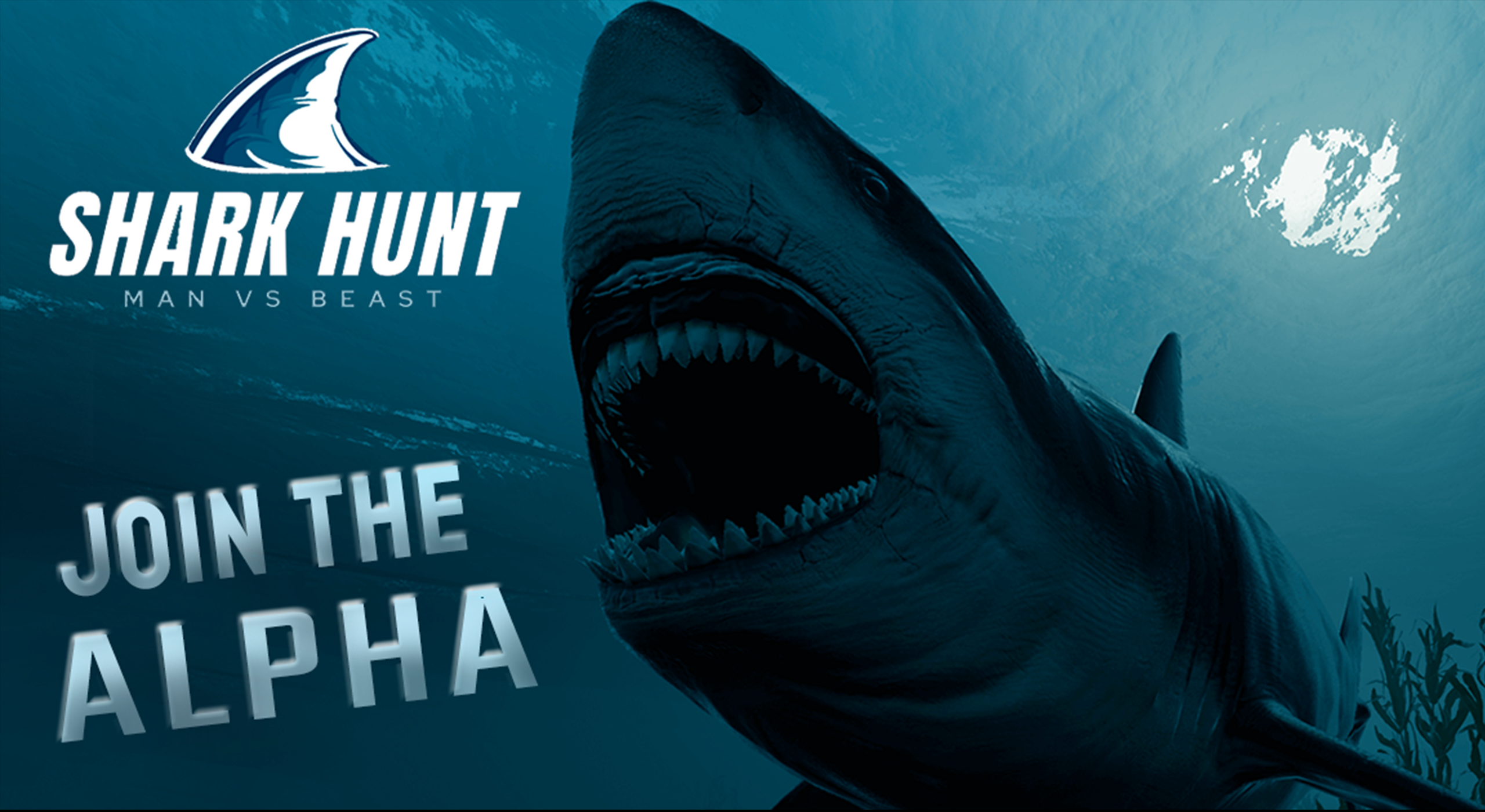 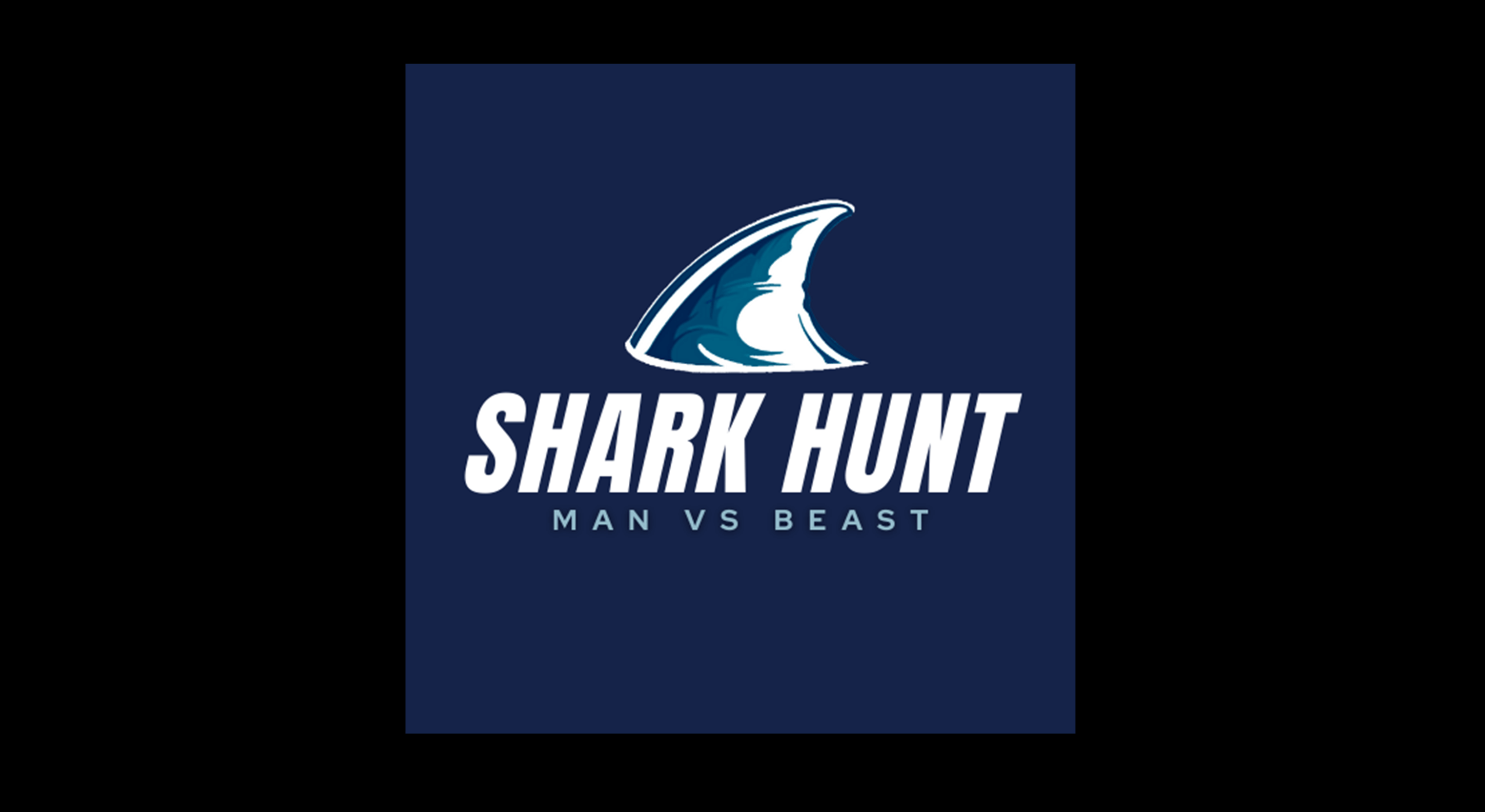 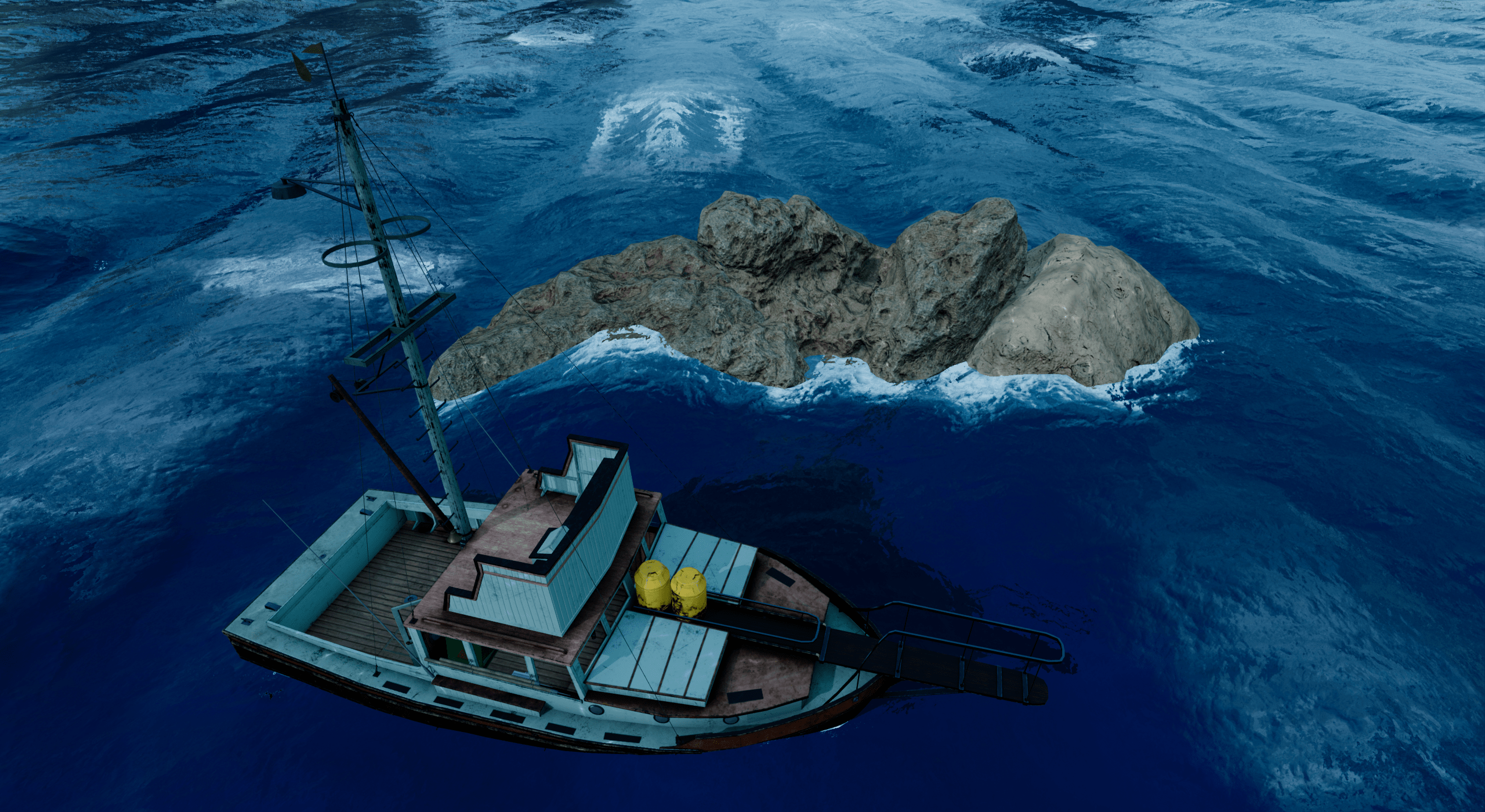 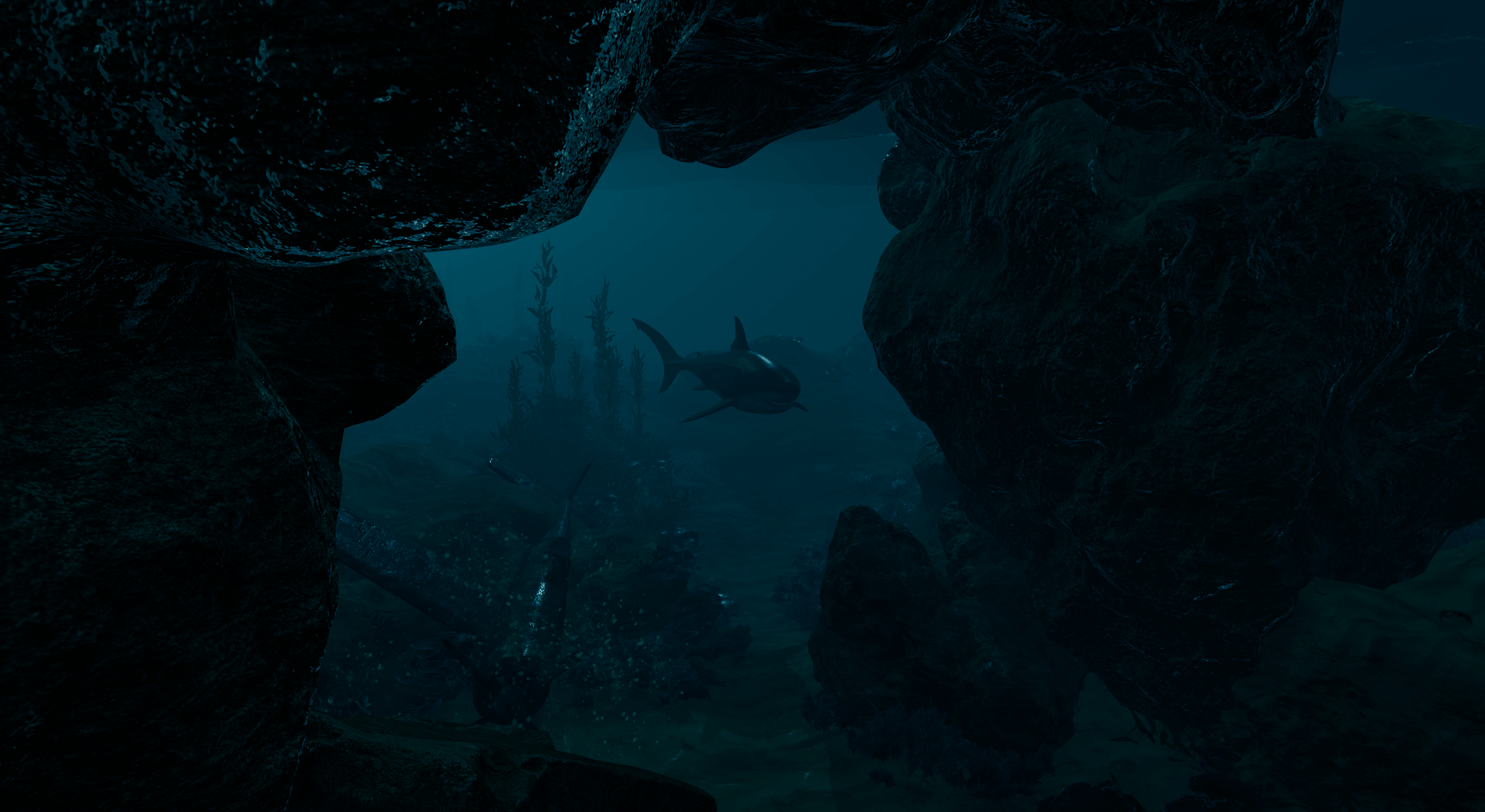 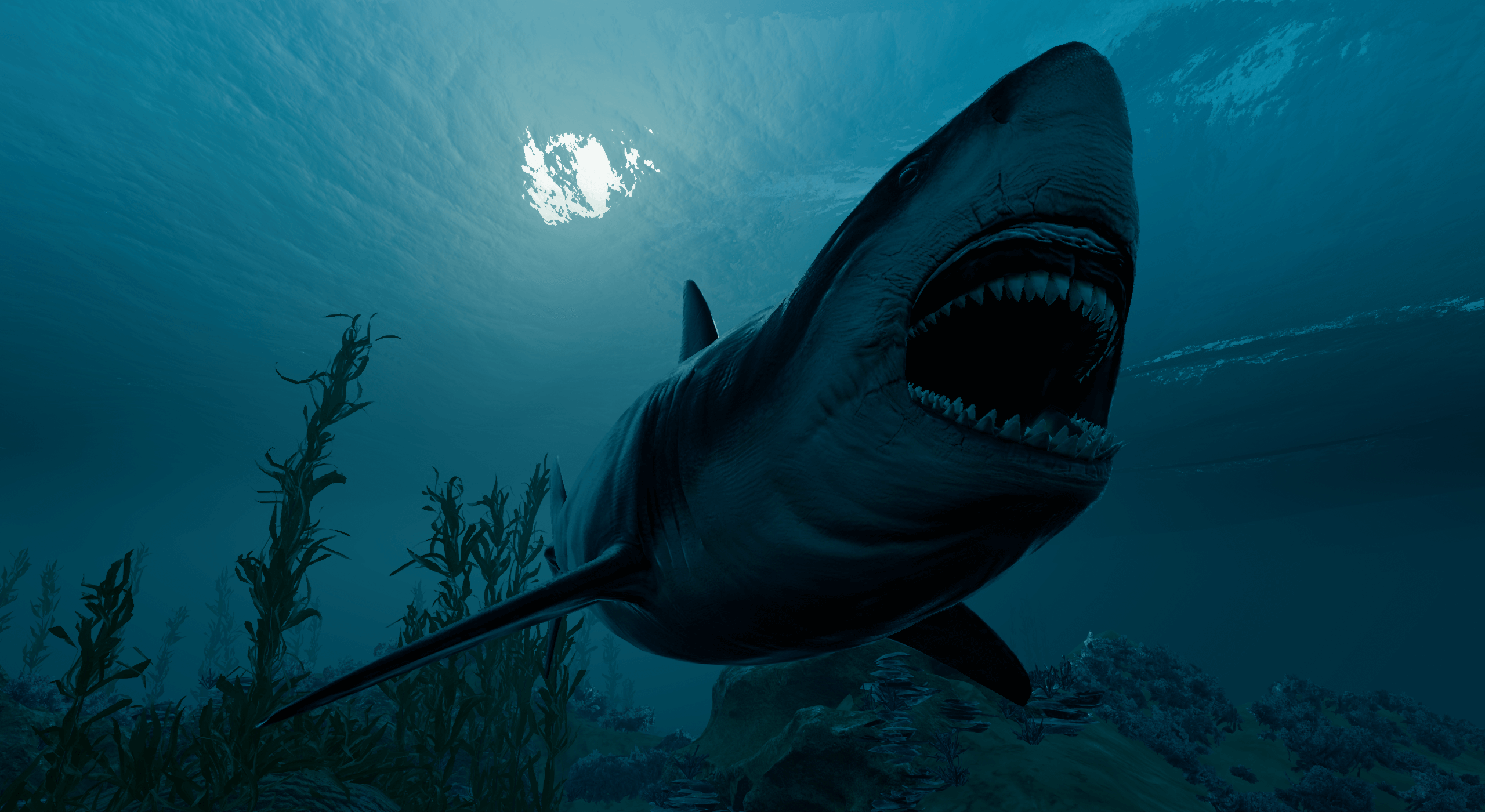 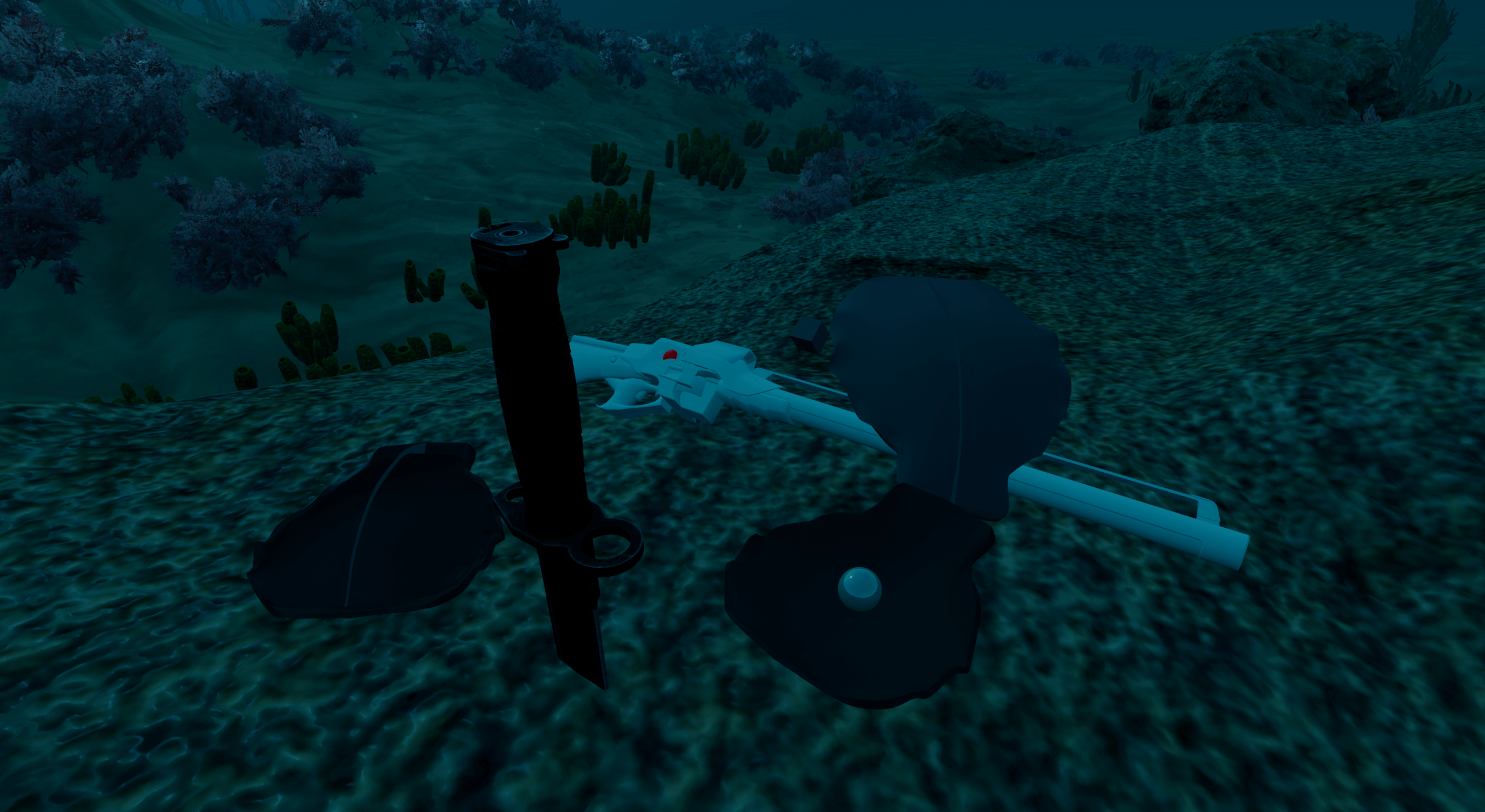